There's a mindset mistake that prevents so many people from achieving greatness as an entrepreneur.

Have you ever been in a scenario where you have an idea and think this is a great idea, and you want to pursue that idea, but you never entirely take that step?

There's some internal roadblock preventing you from the momentum you need to take The first step is to commit and take action.

Whether it was an investment, a new project, a promotion, a life-changing event, a new business that you wanted to start, and you've been kicking the idea around, but you've just never taken action.

But I want you to think what I'm talking about is the fear of failure. 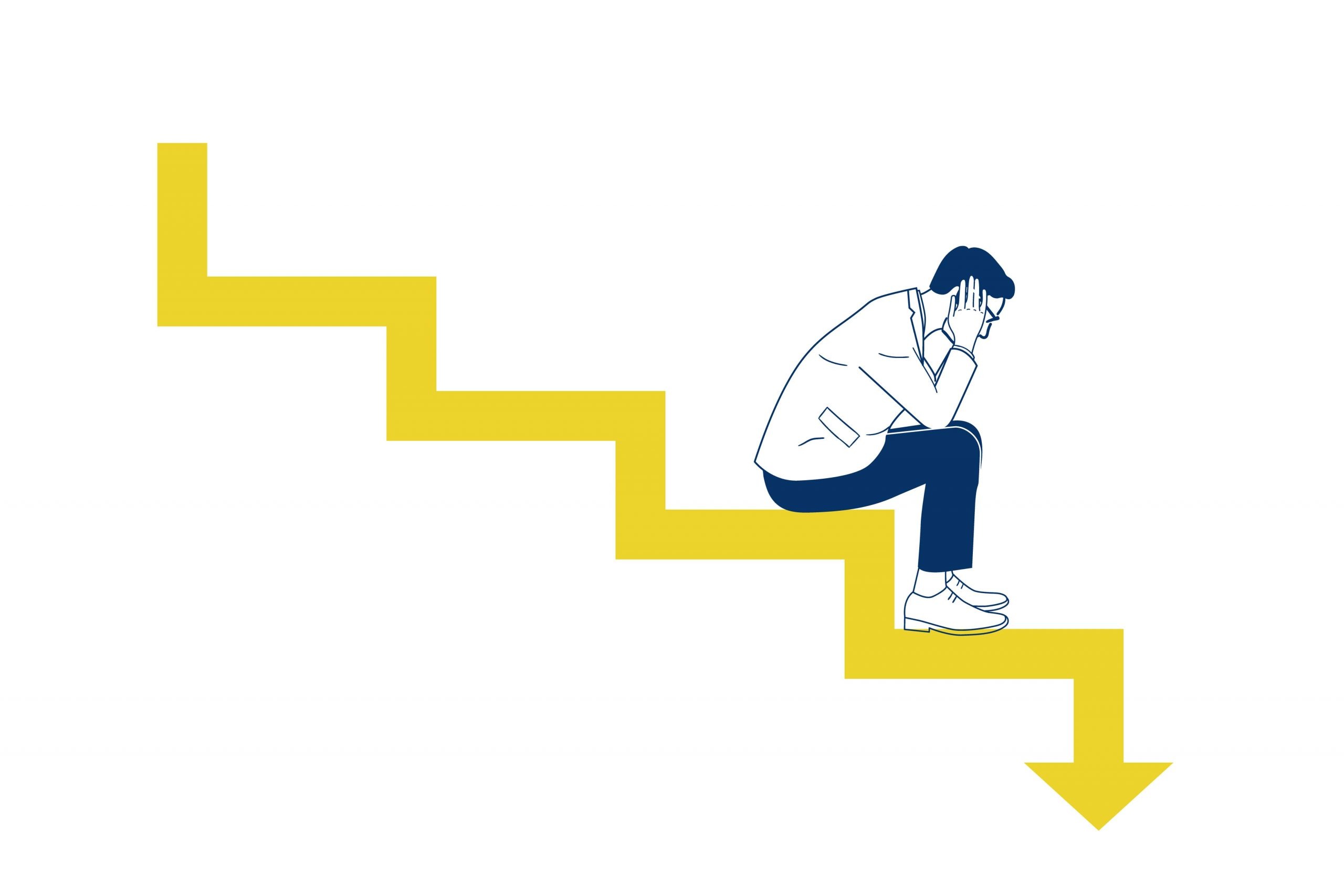 What if I fail?

I can't tell you how often I have talked to an aspiring entrepreneur, whether it's online or at a live event where I'm speaking, and somebody says to me, "I've had this idea, but I just haven't started it. I've had this great idea forever. I want to do it."

And the answers I get are all vague and uncertain. What it comes down to is the inherent fear of failure.

The human species has evolved to protect ourselves to avoid unnecessary risk and ensure that we, you know, keep ourselves and our family safe as our core programming.

Unfortunately, this self-preservation that's programmed into our genetics also prevents us from making positive moves in our lives.

I've had the conversation many times where people say, "I've got this great idea, but I'm just not sure what I should do."

And I always answer that with the question, "Well, yeah, what if you do fail? What's the worst that's going to happen?"

I can't think of another business that you can learn and start with such little investment and such little risk in such a short amount of time.

It's not like we're saying, "Hey, you should go start a physical location where you have to buy inventory and lease a store and hire staff." And you could potentially be hundreds of thousands of dollars into it before you make your first dollar.

That's the beauty of the internet. It doesn't require that kind of investment.

Every day in the Ignited Academy, I teach people how to set up businesses on a shoestring budget and start generating income without having to invest a fortune without all of that risk.

"What is your real fear? Is it money?"

"Again, no. What will people think of me?" 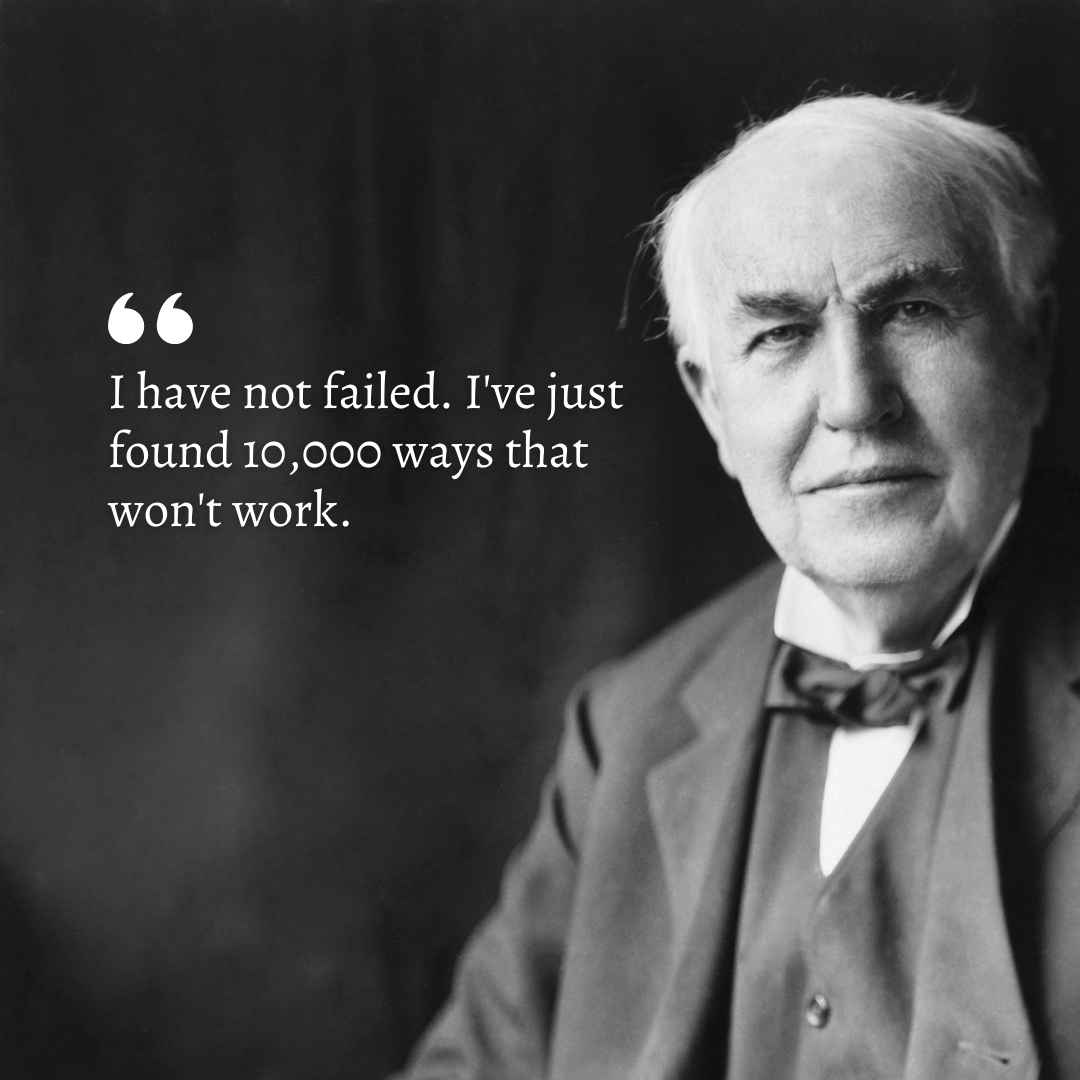 Conquer Your Fear of Failure

This is where we have to have a complicated conversation. If you want to be an entrepreneur and be successful, you need to be okay with failure.

It would help if you blocked out all of the noise and all of the armchair quarterbacks and critics who think they know what is right and what is wrong for you.

And keep in mind; unfortunately, there are people in this world, and we all know them. They don't want to see other people around them succeed.

In fact, in Australia, they have a term for it, called a tall poppy syndrome. Nobody wants to see the other poppy grow up above them. So they'll cut it down.

It's a double-edged sword because you've got this internal voice going. You shouldn't do it. And then you've got the peanut gallery of people around you saying, "Oh, that probably won't work." because realistically, they don't want to see somebody do better than them.

How do we deal with this? First of all, we have to reframe what failure is as an entrepreneur.

But here's the beauty of failure. You can reframe it in your mind to be the positive thing that it is.

I want to share a quote from Thomas Edison, probably one of the greatest inventors of all time.

A famous quote from him is this, he said,

Think about that for a second.

What he is saying is he tried 10,000 things to find the things that did work. And as an entrepreneur, that's how you need to look at failure.

Failure is Success in Progress

I try stuff all the time, that doesn't work. And I'm okay with that. Because every time I try something, and it doesn't work, I'm now one step closer to figuring out what the heck does work.

Failing as an entrepreneur is not a reflection on you and your skills. Instead, failing is a measurement of your forward progress. Because if you're not failing, you're not trying different things.

I can't tell you how many times I've tried something, and it's failed.

But I know if I had not tried those things, tried that ad campaign, tried that product, tried changing that headline, tried that new ad, I would have never found my way to success. I've now created generating eight figures a year online from all my businesses. Everything you try ain't going to work.

But it's that process that's going to get you there.

Now, here's the trick with failure, though. And this is something that I learned from my mentor very early on.

He said, "Look, you're going to fail, okay? But the trick is to fail fast and fail small."

Because failing is not a big deal, if we try something, we get a result, we figure it out, we move on quickly, with as low loss as possible.

Failing sucks when you fail slow, and you fail long. And that's why when I teach people in my Ignited Academy and IdeaBot.

I teach people to get an idea, find your idea, use IdeaBot to find a niche market to find a business idea.

And then let's set up a minimum viable offer or a minimum viable product and take that to the market. And I show you shortcuts to test those ideas as quickly as possible with minimal investment.

So you can make a decision very quickly, is this working? Or is this not, and if it's not, we either adapt, change, evolve, and try it again. Or we move on to the next thing.

And now we're one step closer to what is going to work. That is how we need to operate as an entrepreneur.

What's the shortcut to avoid failure?

It's simple. Find a mentor.

Find somebody that's already done it. Quit reinventing the wheel. The fact of the matter is that 98% of the stuff you need to do to be successful has already been done.

And some people can show you how to do that right.

I barely finished high school, and I dropped out of college after my first year. I have no formal education since then.

But over my career, I have spent hundreds of thousands of dollars on my education, but I haven't finished it at traditional academic institutions.

Instead, I've spent it with experts with people that have already achieved what I want to achieve, getting them to teach me how to do it.

I can avoid all the mistakes they made, all the failures they had, and get there as fast as I can.

In summary, if you have been hesitant to move forward: ask yourself, "Is it this underlying fear of failure and what people are gonna think of me that stopping me?"

And if it is, you need to set that aside. You need to make peace with failure. You need to embrace failure because failure is all part of the entrepreneurial journey to success.

The trick is to fail fast, fail small, and learn, adapt, move. The fastest way to get to that level of success and avoid failure is to find people who have already done that and learn from them.

What I've just shared with you here is the foundational mindset you need to be an entrepreneur.

If you're afraid of failing, if you're fearful of any amount of risk, you are not going to succeed as an entrepreneur.

Full stop, close this video, go back to Netflix and continue to collect a paycheck.

You have to shift that mindset. You have to block out all the negative Nellies who will tell you you're going to fail and you need to go forward.

If you want to hear from inspirational people making extraordinary things happen in the world who've already made their peace with failure, have the right mindset; check out my podcast, the Project Ignite podcast.

Every week, I interview new digital entrepreneurs who share fantastic strategies for building your business online. And these are people in the trenches doing it every day that have incredible stories and journeys.

And they've been where you learn from them. That podcast is entirely free. And I have had rave reviews from people that are blown away by the depth of knowledge that I get people to share on these and share my knowledge.

I hope I've got that mindset tweaked and ready to go.

Take that mindset and do something amazing.

Five Pillars of the Best SEO Strategies in 2021

View More
Five Pillars of the Best SEO Strategies in 2021

Please log in again. The login page will open in a new tab. After logging in you can close it and return to this page.